Hello, meet Murphy our 8-year-old playful, energetic and vocal Cocker Spaniel.  He had always exhibited these traits, but over one-night four years ago things changed drastically.  My son was home from college over a short summer break. While I was at work he texted me to ask if I noticed anything weird about Murphy. Of course, at work not having the time to answer a dog question, I replied no and went about my day. Upon returning home that evening, I was greeted by our older Cocker, Patches, with the normal daily happy gleeful response. I noticed that Murphy was not with him, very unusual, as they are always together, I thought he was just spending time with our son. As I greeted my family, I immediately noticed Murphy creeping around the laundry room corner, almost as if he was following Patches’ barks. I bent down to pet him and check on him and at that moment he seemed to just spring back to his normal self. I continued walking with the dogs in tow and heard a thud.  Turning around I noticed that Murphy had slammed into the wall. After checking him out I remembered the text from earlier in the day from my son. I asked him if this behavior was what he was referencing in his text. He nodded and said that he’s been “on the prowl” all day walking really low and occasionally bumping into the walls. Knowing that this is not his normal behavior I immediately contacted the local animal hospital and took him in.

Once arriving at the animal hospital it was very apparent he did not know where he was or the environment. I attempted to walk him on the leash but instantly knew he was scared. The doctor came in, got the normal history, vital, daily routine, etc. I noted that he was normal yesterday, playing ball and jumping around, but today he was very much different.  After his exam of Murphy his initial diagnosis was SARD, Sudden Acquired Retinal Degeneration, a non-painful, permanent blindness of both eyes and a follow up was scheduled with an Ophthalmologist Veterinarian.

We visited Dr. Christi Warren the next day. She was very thorough and took time to explain the different issues that were initially evident. She did paint a slightly brighter future for Murphy thinking that she would treat him with a medication combo for Optic Neuritis with the possibility of some sight in the near future. She suggested many tests, with extensive MRI and cerebral spinal fluid testing; all very expensive and not guaranteed to regain his sight. After great consideration we decided to proceed with the medication route and forgo the extensive testing with the reassurance that if he did not regain his sight, dogs can live long and healthy lives as their other senses take over.

After eight weeks of medication and eye exams his eyes did not improve. But over that time Murphy’s spirits improved. He learned the layout of the house, lawn and lanai. His hearing became very sharp and he would steer around the house with his nose. One day he found his basket of toys, plush squeaky toys, chewy toys and his tennis balls. Of course he nosed through them all and decided on a tennis ball. The crazy thing about this is that he brought the ball to my daughter who was sitting on the couch, just like he would have when he had his sight. We were stunned! Immediately and naively we thought his sight was back just as quickly as it went away.  My daughter tossed the ball and he went after it, bumping into everything. But he eventually found it and brought it back to her. Crazy! After doing this a couple more times it made me think that he was trying to sniff out the scent. Initially he would listen for the bounce then it would take him awhile to sniff it out but eventually succeeding. I don’t know why I thought if I put a scent on the ball maybe it would help him find it quicker, but I soaked the tennis ball in a vanilla extract diluted solution. After the ball dried we tried the experiment. Of course the scent of the ball was easy to entice him to play but the question was, would it work? Answer… Yes!  He was so enthusiastic about playing that we played for a very long time.

Fast forward four years later and we still have a happy healthy and playful Murphy. He still loves to play ball every day and he can even play in the yard now. The big adjustment in the last four years is our move from Naples to Pompano Beach a year ago.  Excited about the new move and new house we completely “forgot” about Murphy’s blindness. Entering the new house with the dogs for the first time took us back to that day four years ago when he was prowling around the houses perimeter.  Don’t worry, it didn’t take long he sniffed out the entire house right away, mapping each room and of course playing fetch with his tennis ball. 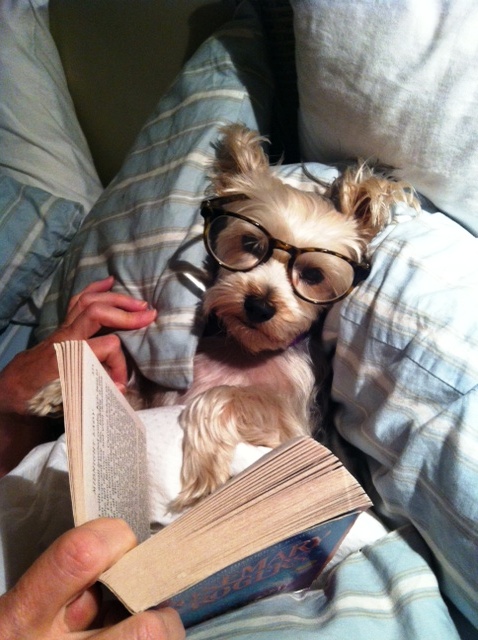 Send us a picture of your best friend and we’ll add them to our wall of fame. 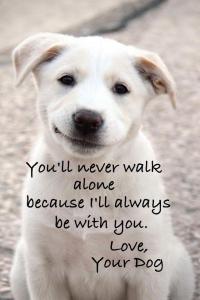 We strive to provide complete care for our patients. Learn more about all the services we offer.